In the past decades many of us were engaged in a great variety of Intellectual Capital Management endeavours (ICM used as broader concept than „Wissensmanagement“): NCP, LearnTec, KnowTec, Knowledge Manager of The Year Award, Future Center Alliance with Noburo Konno pioneering Ecosyx, MoWiN Innovationlab https:// www.mowin.net/innovation-lab/?L=1 and SCALE UP, MIT-U_Lab and HBdV, Aalto Camp for Societal Innovation, IMO, AWV, BIGA, SI-Drive, the Leonardo European Corporate Learning Award, KulturCampus Frankfurt and many other local and global IC related initiatives. This still small selection of activities with excellent involvement of remarkable personalities of all walks of life symbolise two extremes in learning and knowing if viewed in the light or rather the darkness of the pandemic, the climate crisis, the unbelievable scale of ignorance, the incoherences in mobility-infrastructures, the often stone-age use of digitalisation in schools: Astonishing Excellence and Apocalyptic Catastrophe. Lets question this using UNESCO`s famous report on Education for the 21. Century: „Learning : The Treasure Within“ with its 4 pillars of learning to „know, do, living together, be“. Applying them to the SDGs in UN 75th year of existence might be one orientation for future journeys of ICM.

Shift from “Egoism” to “Altruism” & “Sympathy”

Globalization and the Covid-19 crisis:
The “revenge” of production, a chance for Europe

The Covid-19 crisis is unprecedented: it is first of all health and human, by the number of deaths it causes and the anxiety it generates, with confinement, to varying degrees, of almost 4 billion citizens of this planet, now cognitively and affectively planetarized. It is also productive, in the sense of stopping whole swathes of economic and social activity, and in particular those of globally organized productions. Let us pause for a moment on these.

During the 1980s, the production of value was redesigned as a process of interconnection between links in a globalized chain, in which each of the segments was defined, with a primary purpose: optimizing flows and costs associated. This structuring principle of activities has been generalized, so to speak, to all productive activities, and in particular to those that can be broken down into autonomous production segments. This process has enabled globalized companies to geographically distribute value segments among countries, essentially reserving the physical production segment in the strict sense to Asian countries. But in this process of division of tasks, the productive act stricto sensu is poorly remunerated – less than 4 euros for the assembly of a smartphone, the main part of what a consumer pays (70 to 75%), going to upstream (R&D, design) and downstream (distribution) phases of the value chain. But contrary to the principle of the multiplication of sources of supply, which prevailed until the early 1980s, the optimizing logic has been pushed here to the extreme, even for low-paying links.

However with the Covid-19 crisis, the extreme fragility of the interstices between links, and in particular of the less profitable of them, appeared openely, since it is located in one country, and moreover the most “productive” of them, being directly affected by the pandemic. The productive act is brutally exposed in its original ontological fragility. From this point of view, there is an interesting reversal of the situation, by the “revolt”, in a way unconscious, of the productive segments and in particular those of the poorly remunerated links. These segments, unable to “deliver”, indicate to the globalized chain both their weakness, but also their strength. They publicly demonstrate their revenge by improvising. Beyond these segments, the production function reminds visible or invisible managers of the chain of its existence and its new requirements for consideration.

From this point of view, the Covid-19 is an objective ally of the minority productive act, in that it allows it to reveal its power; act which until now was little considered in the globalizing decisions, because “not strategic”. Now we suddenly discover that producing masks, chloroquine, is as strategic as designing or distributing them. It’s even vital, in the first sense of the word. But, in the dominant incentive system, managers are not judged on meeting the vital needs of the citizens of this planet, they are judged on their mastery of optimizing global flows. Here we find, with thirty years of delay, the impact, in many disastrous respects on the companies themselves and their know-how, of the ideology of outsourcing developed during the 1990s, which had promoted often without technically justified arguments, the irreversible predominance of the market over the hierarchy.

How to respond to this asserted distrust of the productive act? For Europe, this crisis is an opportunity. Three scenarios can be envisaged.

A scenario of continuation of the existing-Business as Usual, with a variant however: Europe seeks to reduce its systemic productive risks, by relocating certain segments of its production, but also by multiplying its double sources. Here the Maghreb, and more generally Africa, because of their natural proximity, can play a role.

A scenario of territorialized geopolitical primacy. Here Europe is rediscovering its project and its community vocation – a community of destiny redefines its production values, and considers these as closely linked to the needs of its population. Resilience, ecology and variety considerations play a key role here. European territories are regaining all their preeminence. This scenario takes up some of the elements of the previous sourcing (Mediterranean), by organizing it around these so-called values.

A scenario of globalization, oriented towards common goods. In this scenario, biodiversity, Health, education, the resilience of local productive systems, traditional knowledge, the entire sections of intellectual property (the vaccines to come), in short everything that makes humanity, are considered as common goods and valued as such. The effectiveness of such a scenario presupposes a radical change in the incentive systems and in particular those applying to the decision-makers in charge of organizing the economic activities of the world. Obviously, there is a long way to reach this goal, but this goal is not yet definitively unattainable, given the looming urgency.

For us, as scholars, in economics and management, there is also an urgent need to review our lessons and our research programs, as soon as the question of wealth creation, value and related performance is raised.

Professor Ahmed Bounfour has been appointed by the  King Mohammed VI as  member of the committee overseeing the kingdom’s new development model. 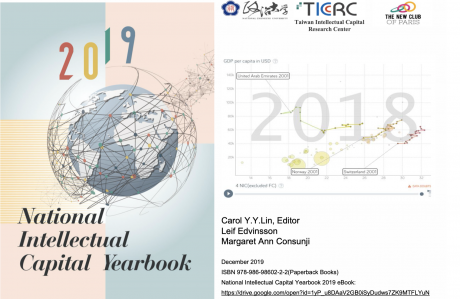 The General Assembly of the New Club of Paris 2019 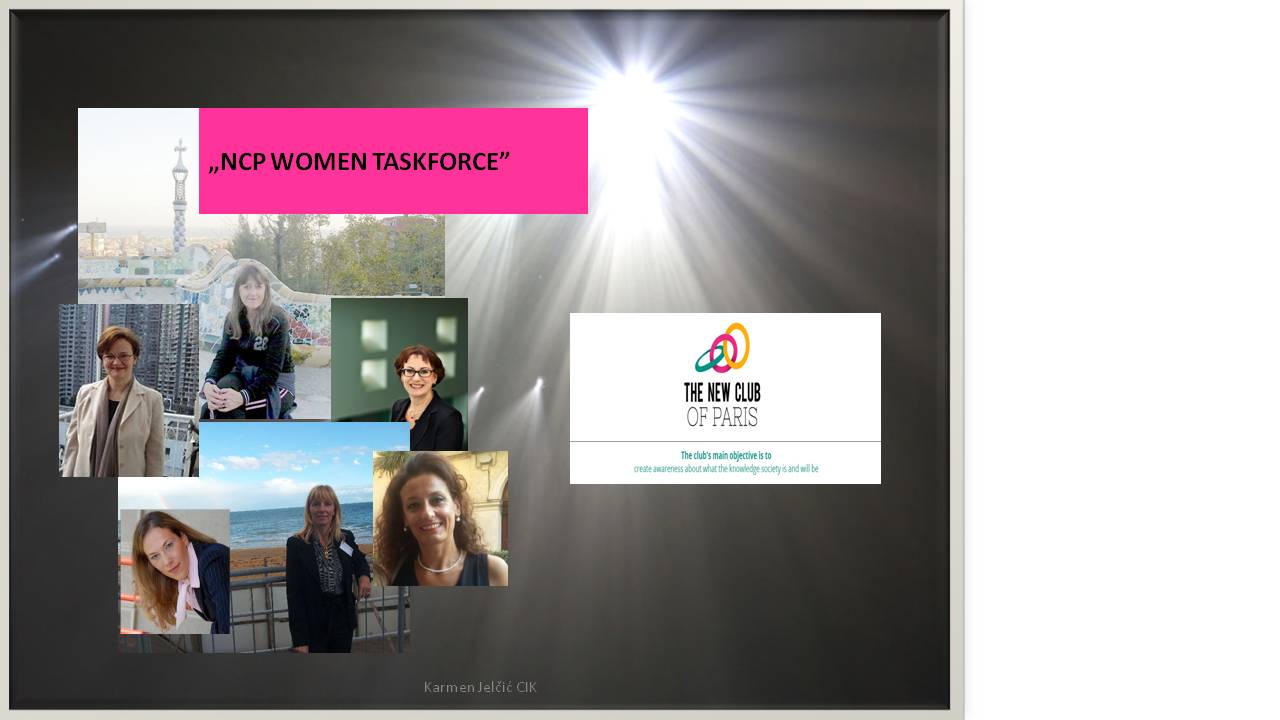 Women initiatives flourish – Women Entrepreneurs, Women in Leadeship, Women in Technology Women in ICT…
However, a majority of women in business – SE Europe, rural areas or women entrepreneurs lacking higher education – are still unaware of the role and value of intangibles / intellectual capital for their business and thus miss the opportunity to manage it effectively for improved value creation, competitiveness and sustainable growth.

The NCP women task force group was founded in aim to enhance the visibility of NCP through collaborative actions and projects related to women and IC. We are at the stage of dynamic definition of women contribution to the current EU (and world) challenges.

Each member comes from a different European country, and brings in different perspectives on the position, opportunities and difficulties of women in business enabling unique insights and synergies.

The first event will be “café philo” at the Open Innovation 2.0 https://ec.europa.eu/digital-single-market/en/news/open-innovation-20-conference-2016
Some topics for discussion will be given shortly. Your suggestions welcome.

END_OF_DOCUMENT_TOKEN_TO_BE_REPLACED

Dear Friend and Member of New Club of Paris,

Thank you for your great contributions creative initiatives and energizing commitments during 2013. Attached is a pdf with some highlights and photos. (NCP 2013 Annual Summary.PDF)

Now we look forward to another year of NCP progress.
Happy 2014
Leif Edvinsson
Chairman and Co-Founder of New Club of Paris